The array of delightful and colorful little dishes served ahead of your main course at Korean restaurants - those are called banchan (반찬), and there are endless varieties of banchan you may come across at any particular time!

Banchan, which literally means "side dishes", are an essential part to enhancing or complementing any Korean meal. They are placed in the middle of the table for everyone to share and it is typically eaten with the main course. Traditionally, there are different names to the set up depending to the number of banchan added to the table, such that table settings are called 3 cheop (첩), 5 cheop, 7 cheop, 9 cheop, and 12 cheop bansang. A table of 12 banchan is the number of banchan historically served to the royal court, known as surasang. Interestingly, it is the only table setting with an even number of banchan.

What Are the Origins of Banchan? It is believed that the origin of banchan dates back to the mid-Three Kingdom period, an era of heavy Buddhist influence, where meat was strictly discouraged from consumption and was difficult to obtain.

As agriculture was the core form of obtaining resources at the time, grains and vegetables were used as the main ingredients for food. Moreover, a majority of the Korean peninsula was isolated by mountains from all sides so fermentation also became an essential process to last through longer periods of extreme weather. Consequently, these seasonal vegetarian dishes were used within peasant, temple, and royal kitchens to accompany the rice, known in Korean as bap 밥, and since then became a fundamental part of Korean cuisine.

Overtime, this fermentation process was also used to enrich food flavors using different salts or seasonings, such as gochujang, which is used in making kimchi. Banchan is enhanced with an assortment of spices, fermented soy products, medicinal herbs, and oils like sesame or perilla oils.

How Many Types of Banchan Are There? There are too many kinds of banchan to be counted, and there are also varieties based on season and region, so sorting them into types would be difficult. However, banchan can be generally categorized into three main broad types: (1) seasoned fresh vegetables greens, known as namul (나물), (2) braised or soy-sauce based banchan, and (3) preserved or fermented banchan.

Firstly, namul are vegetables that are blanched, steamed or marinated. Namul can comprise of che (채), dishes that often involve a mix of julienned or thinly sliced vegetables, and muchim (무침), fresh greens tossed in a spicy dressing. Che and muchim often overlap and may be referred to interchangeably. Examples of namul include sigeumchi namul, seasoned spinach, and sukju namul, marinated mung bean sprouts, Many types of namul are seasoned by tossing them in Korean staples such as sesame oil, garlic, green onion, sesame seeds, minced garlic, salt, sugar, soy sauce and gochugaru.

Jorim, refers to side dishes that go through a boiling or braising process in some sauce. They are usually simmered until the sauce thickens and is fully absorbed by the main ingredient, for example gamja jorim, braised potatoes, or daegu jorim, braised cod fish.

Lastly, fermented banchan is often seen in the form of kimchi, which is produce that has been salted and fermented with gochugaru chili powder, salt, and other flavoring ingredients. There are numerous types of kimchi, such as kimchi made of daikon radish, cucumbers, and chives - not just the typical napa cabbage kimchi most widely known.

Here are some banchan you can easily make yourself using ingredients found on Umamicart! 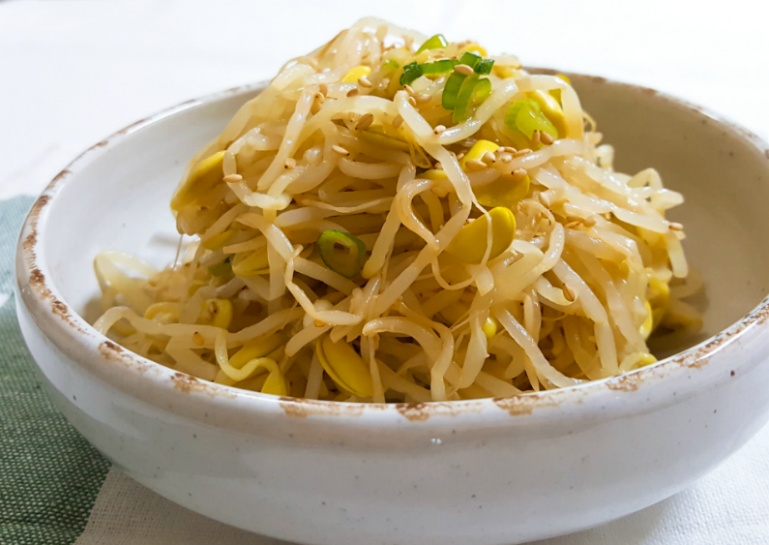 Hobak could mean either pumpkin or zucchini. In fact, it is more commonly used to refer to pumpkin. However, when used to call this side dish, hobak describes zucchini. Bokkeum in Korean essentially refers to stir-fried dishes. This hobak bokkeum recipe is easy to make and is soft, tender, and sweet. It is recommended that you use Korean zucchinis (aehobak 애호박), which means “young squash”, but any zucchini varieties can be used for this dish. This dish can be kept in an airtight container in the refrigerator for 4 days, but best consumed within 2 days for freshness. 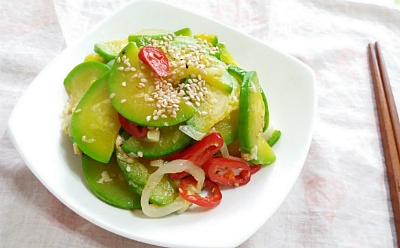 Eomuk bokkeum is one of the most common and popular banchan. Eomuk, “fish cake”, is a processed seafood made with pureed fish and sometimes also called odeng (오뎅). Busan, a coastal city in the southern end of South Korea is known for its eomuk. Korean fish cake side dishes are made both spicy or non-spicy and are easy to prepare. For the non-spicy version, skip the spicy additions (gochujang and green chili peppers) and replace with 1 tablespoon of soy sauce. This recipe makes approximately 4 servings.

Want premade banchan that’s conveniently ready for you to grab from your fridge and consume whenever you want? Check out these Korean side dishes on our site:


There are countless varieties of banchan, so the ones listed above are only to name a few. You can find ingredients for these banchan recipes, as well as some ready-to-eat banchan, all on Umamicart!